What's up Diamonds! We are back for 2023 this year we will be adding Podcast to our Awards! We are excited about our music awards this year, we have so many new Independent Artist music added to our music repertory along with great prizes and promo packages stay tuned as we hit you with more information to come.

Here's A Little History About the #LJDiamondAwards

Our very first award was given in March 2015 for the 2014 Nominees and our very first winners Cosmic Crash for "Most Popular Indie Music Artist" and Mike Aloia of American Hearts Radio for "Most Popular Interview" on the LJDNShow. Every year after that there were always 2 awards given away the winners are always chosen by the artist that received the most votes up until 2019.  In 2019 Lina Jones decided to have the awards in music genres which was a huge success. Two categories did not win a trophy due to a lack of votes. Those categories were the Rap & RB and Reggae genre, those trophies still sit in her studio today. 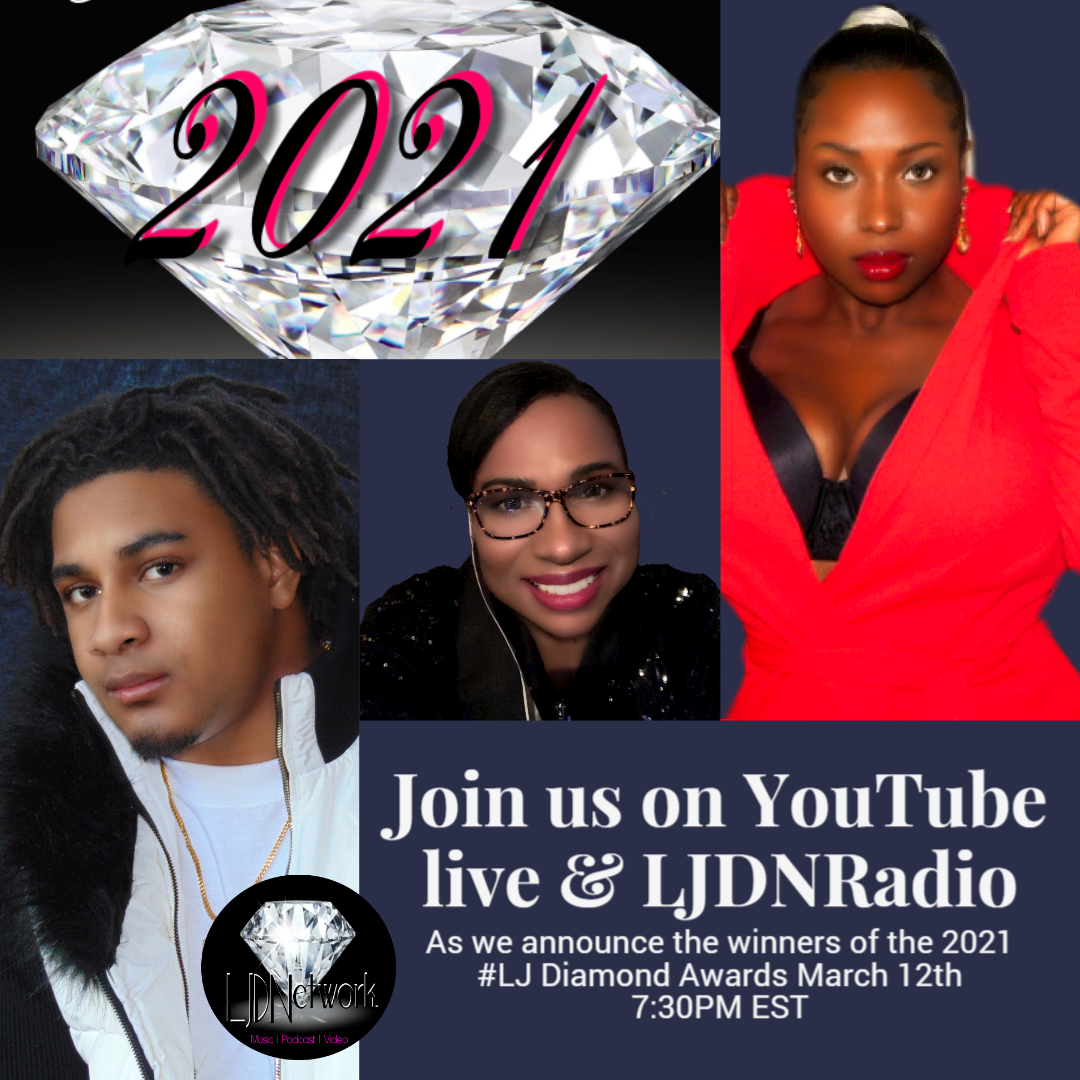 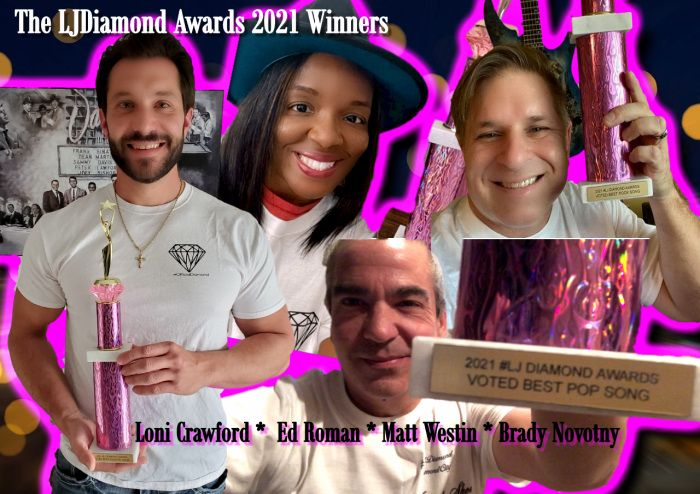 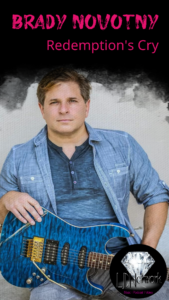 The music played in 2018/19 set the standard for 2019, which was the year LJDNRadio was founded. At that time the station played only Independent Artist music like the winners in this pic.  #SteveHester #JimmyPackes #DavideMoscatto #VicRector #MichealBrondstetter

The response from the different genres sparked attention across the globe to Italy where Independent Artist Davide Moscato made headlines.

2018/19 Music Awards winners received t-shirts from the "In The Cut with Jay Show". Jay also donated t-shirts to the winners that year.

2017 Music Awards Finalist this was the last year the award would be just for one artist. Cosmic Crash "aka" Danny Meyers won this single award.

In 2017 there was only one award given due to the cost of the award, and the winner of the LJ DiamondNetwork Awards was Cosmic Crash. At that time there we did not have an award for each genre it was called the "Most Popular Independent Music Artist" award.

2016 Most Popular Social Media Award went to Voice-Over Professional Roderick Jefferson went to and Most Popular Independent Music Artist Awards was Jimmy Packes. His voice can be heard on the LJDNShow Archived Podcasts Intro.

2014/15 Mike Aloia Owner/CEO of American Hearts Radio was among the first to receive the "Most Popular Guest" Award for his interview with Lina Jones on the LJDNShow. 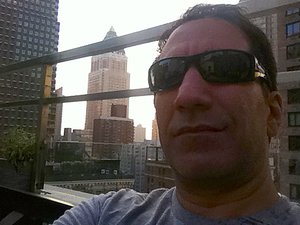 2014/15 Independent Country Music Artist Cosmic Crash was one of the winners of the very first awards LJDNShow Diamond Awards.

Over the years picking just the right trophy was a challenge, our budget did not allow for  Lina to have it custom made, that was cool because there were many beautiful trophies to choose from, as you can see from the pictures below. 2017 Award was the most expensive because Lina did not want the acrylic, she wanted the glass trophy,  because she chose the glass trophy the budget did not allow for multiple trophies. That was the only year we only had one trophy, we learned that lesson quickly.  However, we fell in love with the "Reach For the Stars" model which we will keep until we can have our own design. 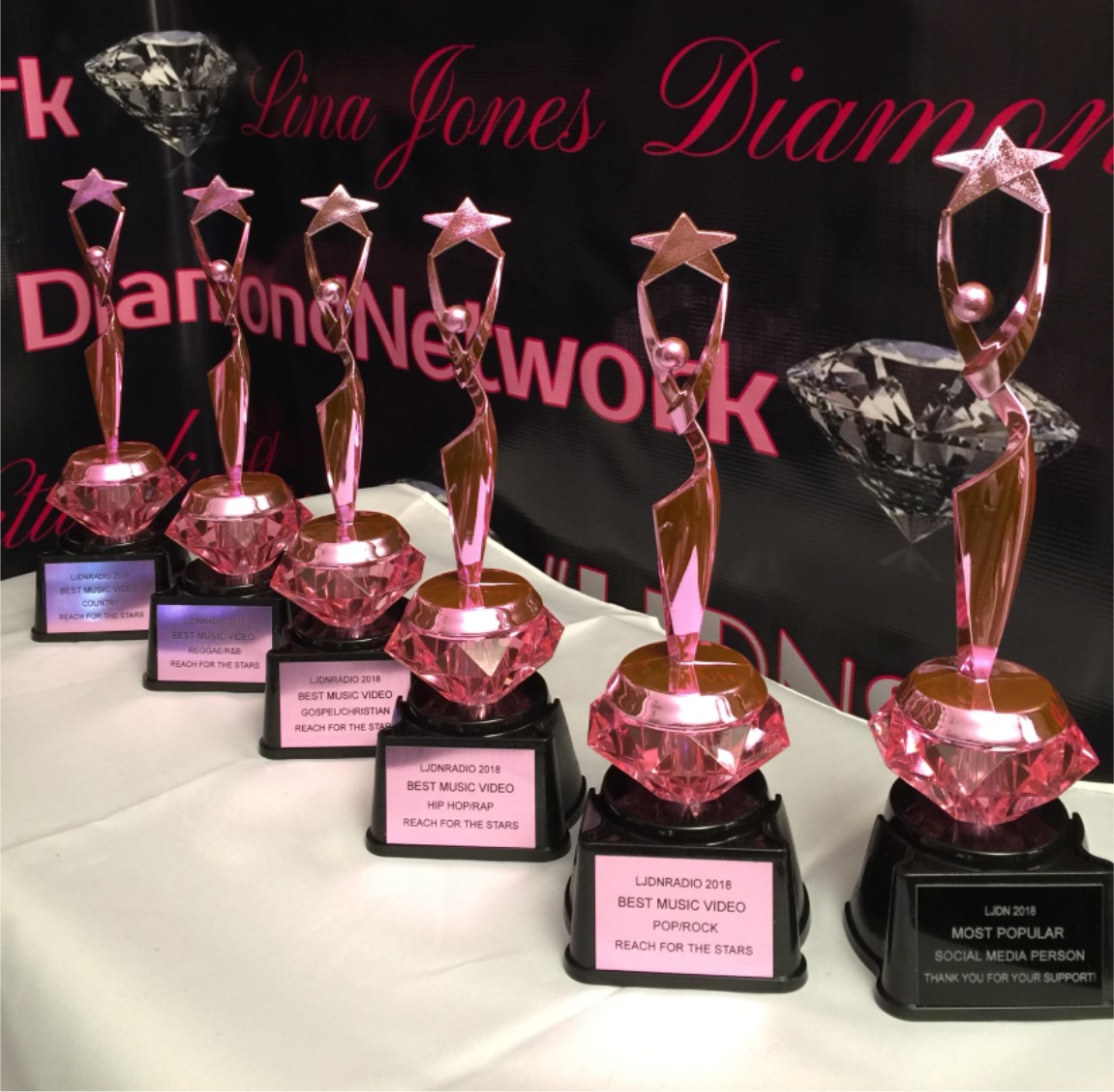 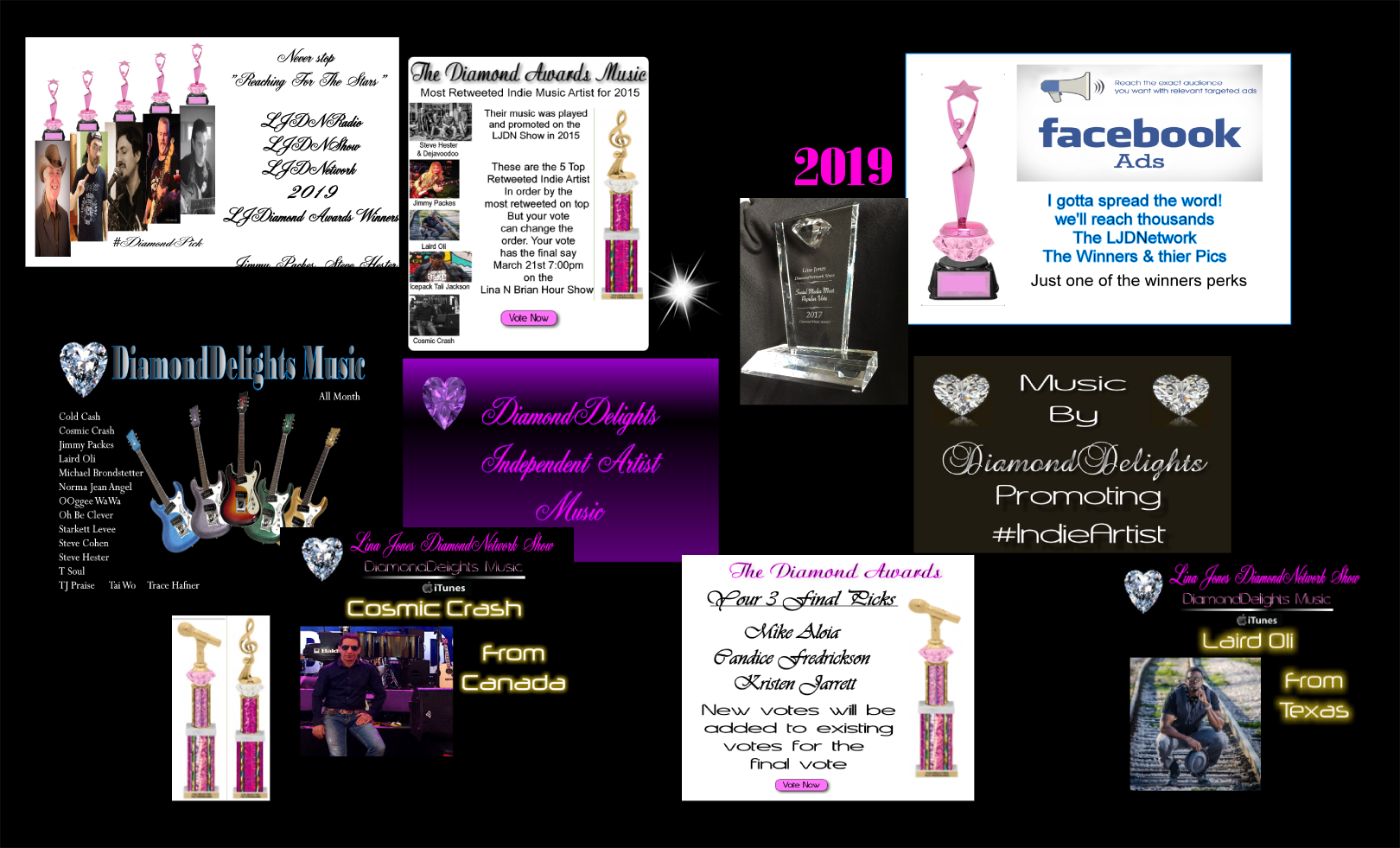